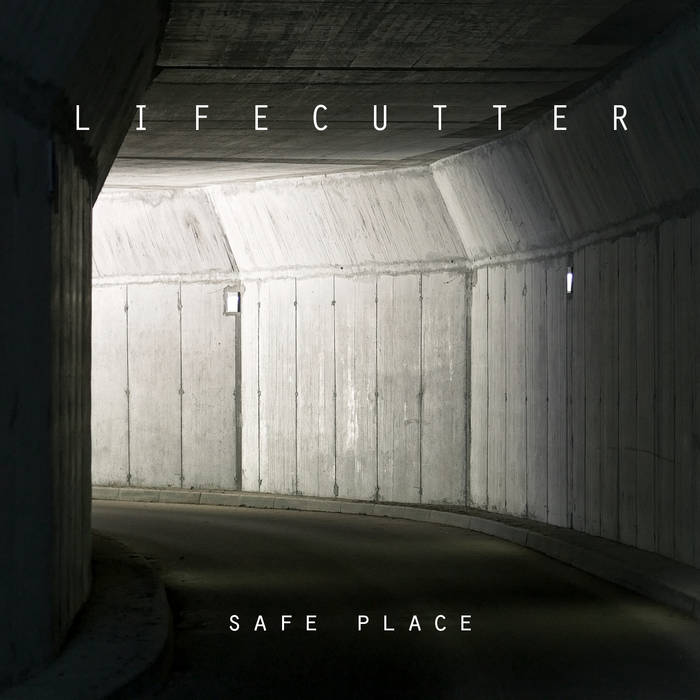 The music for Safe Place was initially written for accompanying a video project by Iztok Klančar. It evolved over time through cooperation with sharing different ideas, visions and video material. It was written and made to mimic the same lurking darkness that both artists, Lifecutter (Domen Učakar) and Iztok Klančar are familiar with through different relations to their own existence. It was written to intensify the murky atmosphere somewhere beneath and to give extra weight to images that convey the inner anxious conflict states. The images are clean, realistic, yet shot so that one would think that someone has staged the entire nature. It seems as if Klančar filmed imaginary moving paintings set to push the spectator into his inner hidden places.

»I retreat. I do that whenever external forces act on me. I create a mental space. There, I can play.

It is when you have a bad dream, a violent one. It is not the one when you are being chased into an abyss by all sorts of beasts. It is the one when you have to defend yourself, when you strike back and crush somebody’s scull. Or just shout back until there is no voice left in you, when your throat gets soar, when your tears are gone because you’re dry on the inside. Or just destroy things around you. And there is blood. Until you see only blood, only red.

At the moment, my core is so intense that I feel I might have a breakdown. I feel my nervous system is over capacity, burning, heating up. Again, I observe the world from within, from a hidden place, unaffected, not wanting to be affected. Darkness has always been lurking deep in my mind. This darkness inside me is merging with that of our current world.

I am at a threshold. The world seems to be ripping apart and shredding itself. And I simply try to be a neutral observer of it all.«