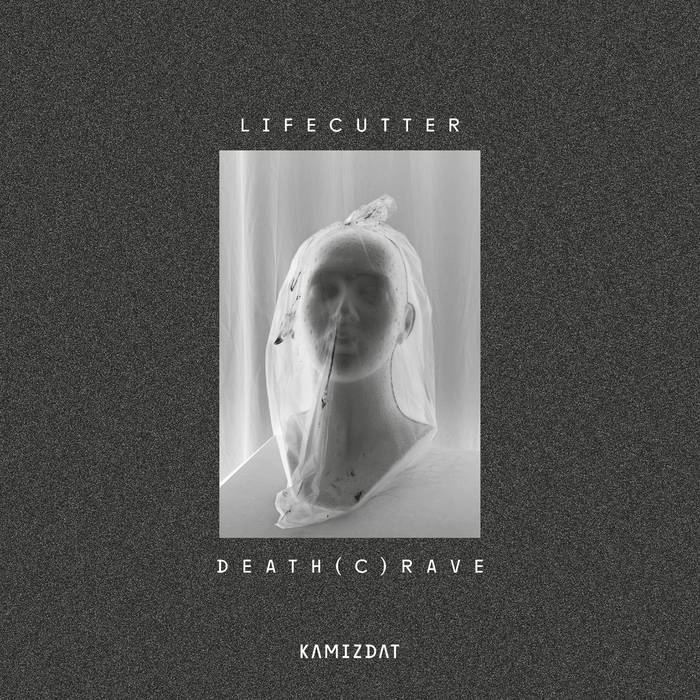 Lifecutter cuts the sheets of meaning with an onslaught of noise, distorted beats and slight hints of melody. It comes from a man who is no stranger to music of various forms and genres. The deliberate direction of forceful music such as his could be traced to industrial environment of his hometown and to finding ease and release in sound exploration and distortion. -- L.Prinčič

Question: What in life is cut and what in death is savingly craved? Is it an appearance, somewhat as an attire to hide/clothe their innate voidness?

Principle: That which persists in spite of everything, even when it is met with total opposition that threatens the life itself, is the death drive or Todestrieb. Death(c)rave is the other name for the death drive = it, not being a mere wish to die, but that which is immortal in its recurrence, the excess in the life substance itself which becomes the locus of desire.

First movement: The pleasure detaches itself from its own bodily limbs, — morphs, re-animates and persists in the form of its own disfiguration, its self-perpetuating encircling immortal presence. It creates the phantom-limb of deprived desire. Hypoxia as deprivation and deterioration produces new movement of pleasure.

Second movement: As a vermin-like creature the newly found pleasure nests within its appropriate organ until it moves to the next one, to circle around it and to devour/feed upon its slimy & un/dead drive(n)-spillage. Corporeal-pleasure-hemorrhage thus produces discharge of the life substance, through invasive and reappearing slits within the tissue, readily ‘stitched’ by the protective measure of slipknot ligatures.

Third movement: Quantification/re-production of the pleasure movements/knots inside and around the (organic/mental) tissue, move away from the supposed origin, its source, its one-ness and totality, its hermetic compression of self-encompassing ‘undivided’ life-(ex)stasis. Division and split produces infinite units/objects/parts, to be exchanged and dispersed among other units or fragments that combined produce the new versions of its origin.

Closure: Bodily existence becomes trapped within the invisible cubic walls of language/desire. Solidified voice that utters the unspoken utterance, excretes and spits the coils of sutured intracorporeal enjoyment. The sound-abject punctuates the division between the internal and external, it reorients and curls the structure of the perceiving subject/perceived object. Ergo: Loss of consciousness resonates with the asphyxiation of the ability to persist.

written, mixed and mastered by Lifecutter.

"Lifecutter would like to thank everyone who has given him any kind of support over this few years or has given him energy and motivation to continue working."